Franco Berardi Bifo is an italian Marxists philosopher, writer and activist. Apocalypse Wow! is a short film, more precisely a video documentation of a performance happened the 17 march 2018 in Delphi (Greece). First of all Franco is a friend, one day he called asking to read his last poem “Ode to capitalism”, a strange mix of delirium and sharpness; his plan was to organize the last public event of his life before leaving the scene forever. So we decided to set up his last appearance in Delphi at the sacred temple, and he was pretty comfortable playing the role of the Delphi’s oracle predicting and celebrating the contemporary apocalypse. A group of students came from the Dirty Art Department of Amsterdam for a period of research in Greece. They’ ve been the audience of this oracle-happening at the beginning of their journey. The performance started at sunrise and Franco red the poem to the students for the first time. After this ritual they started a journey walking from Delphi to Athens by foot.

As a good provocateur, the words of Franco recall what's implicit and removed, becoming uneasy anticipations of reality, a systemic glimpse on contemporary history.

Video protected with password. Write to ana.shametaj91@gmail.com to watch it 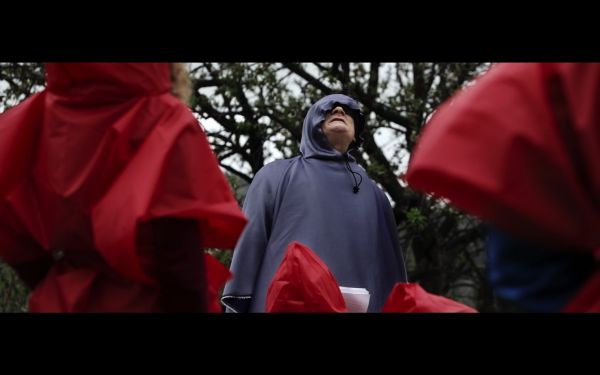